Skip to main content
Labels
Posted by mothered May 24, 2021 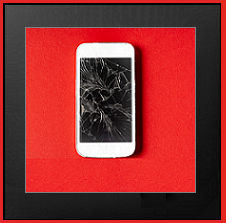 Claim An Item Is Faulty And Receive A Refund Or Replacement.

Unlike the usual forms of social engineering that are defined In the majority of security websites and the like, whereby they state that It Involves grabbing confidential Information from unsuspected users or Infecting their PC with malware to gain remote access and compromise sensitive data, there's another form of SEing that's seldom referenced via a simple Google search, which Is known as  "company manipulation and exploitation".
This Is used to hit online stores, such as the biggest eCommerce website being Amazon, by fooling their reps/agents to reimburse funds Into the SE'ers account, or dispatch a replacement Item at no extra cost. What differentiates this type of social engineering from the rest, Is that the process to get the job done Is not (predominantly) straightforward and depending on the complexity of the SE, It can take up to a few months before It's finalized In favor of the SE'er.
Read the entire article In a PDF file, by using any of the direct links below.