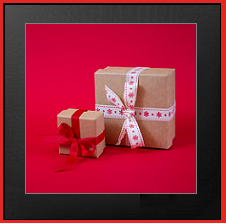 What To Expect When Using The Sealed Box Method.

With regard to the new breed of human hacking commonly known as "company manipulation and exploitation", whereby social engineers use their skill set to trick representatives Into having their account credited or replacement Items sent free of cost, there are quite a number of traditional methods used to get the job done. Such methods Include (but not limited to) the DNA (Did Not Arrive), missing Item, wrong Item received, the partial method  and boxing- all of which are predominantly used by beginner, Intermediate and advanced SE'ers.
The reason for their popularity, Is that they've all been widely tested against online retailers  to the likes of Zalando, ASOS, John Lewis, Argos, Amazon and many others, and have proven to be very effective In ensuring a favorable outcome for the social engineer- a refund, replacement or both. However, In order to make sure that the SE runs as smooth as possible from start to finish with minimal disruptions, apart from the DNA & wrong Item received, every other method must be based on the nature of the Item.