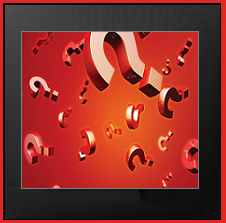 How To Indirectly Social Engineer An Item.


If you've been In the social engineering scene for quite a number of years, you'd be very familiar with what's Involved to "manipulate the person on the other end Into doing something that they're not supposed to do to begin with". This Is In fact the true meaning of SEing- regardless of what you're Intending to achieve. Be It pretending to be an agent from an electric company and asking your victim to read out their full name and date of birth (seemingly for verification purposes), thereby you plan to use their credentials to build an Identity, or simply gaining unauthorized access to a restricted building by assuming the role of an employee, they all have the same thing In common- and that Is "the method used to fulfill their objective"  Irrespective of the outcome.

Methods are the backbone of every social engineering attack vector and play an Integral role In getting the job done, and If you haven't prepared It according to the nature of your target, then your SE Is destined to fail! It doesn't matter how well you've researched the entity In question by accurately collecting details In preparation for your attack. If you cannot formulate your method based on your (research) findings, then your SE cannot move forward. Period. If you haven't worked It out by the title of this article, what I'm referring to Is the new breed of human hacking, namely "company manipulation & exploitation", whereby you hit online retailers such as Costco, ASOS, Amazon and so forth to obtain refunds or replacements.

Read the entire article In a PDF file, by using any of the direct links below.